No Easy Way Out of Economic Strife for Jordan

When the Arab states, including Saudi Arabia, United Arab Emirates, Egypt, and Bahrain, issued a list of demands to their neighbor Qatar, during the last year’s Gulf crisis, one of the demands included the closure of the Turkish military base that was under construction back then, and the halt of any military cooperation between Turkey and Qatar.[1] Fikri Isik, then Turkey’s defense minister, immediately declared that his country had no plans to review its military base in Qatar, and that any demand for its closure would represent interference in Ankara’s ties with Doha.[2]  The list of demands also included the sensation of support to the Muslim Brotherhood, which had come to power in Egypt through a democratic ballot before a military coup took over in 2013, and to Hamas, which is currently governing Palestine’s Gaza Strip.[3] Both Turkey and Qatar have been staunch supporters of these two Islamic political outfits in the Middle East throughout the Arab uprising that began in 2011. Turkey assumed a proactive role during the wider Arab uprising and last year’s Gulf crisis, only cementing its confrontation with Saudi Arabia. However, the dynamics of the current confrontation between Saudi Arabia and Turkey cannot be well measured without retroactively diving into the history of the past century and have a look at the genesis of the two states.

As soon as the Ottoman Empire was dissolved, the Turkish Republic and the Kingdom of Saudi Arabia emerged out of its ruins. Even before that time, the Turks and the Saudis have come head to head over many issues including the harsh Ottoman policies applied in Saudi Arabic, the ethnicity of the Caliphate, and the Saudi “secret” liaison with Western power. Every clash that ensued between them, however, only points to the root cause. The two nations, though both Muslim Sunni majorities, follow two opposing religious ideologies. The life-blood that erects the Al-Saud family, and separates it from many other Muslim nations across the world, is the kingdom’s extremist Wahhabi ideology, which is based on the teachings of the puritanical movement led by Muhammad ibn Abd al-Wahhab (1703-1792).[4] Wahhabi movement emerged as the most important religious and political movement against the Ottomans in the Arabian Peninsula. Along with the Western powers, the movement played a role in dismantling the Ottoman Empire.

In contrast, Turkey’s state ideology has historically been influenced by Western secularism, which pushed religion to the margins of society, and lately by certain soft Islamic social groups, which have remained opposed to the Kemalist version of the Western-oriented secularism that emerged since 1923. These groups engaged with the traditionalist version of Islam, called Sufism, a philosophy that rejects the extreme version that Wahhabism invoked. Most of these social groups have now found the realization of their dreams when the ruling Justice and Development Party (AKP) came to power since 2002.

Ever since the Republic’s formation, the existence of different ideological groups in Turkey, such as Western secularists, socialists, feminists, Alevists and Islamists that cut across ethnic and sectarian lines, brought about a vibrancy in the political atmosphere of the country. Coupled with Turkey’s membership with different European councils and organizations like the European Council of Human Rights and NATO, and its liberal markets opening that added dynamism to its economy raised the stakes for peace and stability in the country. The phenomena ultimately contributed to the democratization and the liberalization of Turkey.

While as in the case of Saudi Arabia, Al-Saud family’s coming to power gave rise to the monarchical governance system, bringing about a social stagnation. The country’s dependence on oil gave rise to the rentier economy and made common people docile and dependent on social welfare programs provided by the ruling regime. In return, people had to show compliance on the political front.

The clash seen between Saudi Arabia and Turkey is as much a clash between two ideologies and a progression of the two histories as it is between two states interests in the current volatile Middle East region. For Turkey the consequence of this confrontation, however, may be more economical, hurting the trade and other ties between the two countries, but Turkey’s stance against the policies of Saudi Arabia are much more valuable in long-term than the costs it pays at the present.

To begin with, by getting involved in the Gulf crisis and openly taking a stand on other issues in the Middle East, the Turkish government led by the AKP is already successfully shifting the discourse within Turkey from the country’s historical orientation from the West towards the East. This policy is at the core of the ideological doctrine of the ruling party, known as “Look-East-Policy”.[5]

Secondly, Turkey’s reputation in the Muslim world has been rising for its support for Muslim Brotherhood, Hamas, and Qatar, which are somehow seen as victims by a big portion of Muslims around the world; thus overshadowing the significance of Saudi Arabia. On the other hand, Saudi policies in the region, such as its rapprochement with Israel, the United States, and Egypt at the expense of Hamas and the Muslim Brotherhood, its continuing blockade of Qatar and its fixated focus on sectarian policies that is feeding into terrorism, are only mounting the prospect for negative consequence both internally and externally. Despite being home to the two holy cities of Islam; Makah and Medina, more Muslims are now turning their eyes towards Istanbul and Ankara.

Internally, the Saudi state is as fragile as ever. Too much focus on economic prosperity, cannot replace people’s need for ideological gratification, and when ideological subjects see their state’s ideology either hurting or not being helpful to their ideological brethren beyond their national boundaries, the risk of instability remains high.

After coming to power, Mohammad-bin-Salman has been reframing Saudi Arabia’s international relations within the region by taking some few friendly steps towards Israel and America in order to counter Iran, while at the same time frustrating Saudi’s “natural allies”: Qatar and Turkey. It seems that Saudi Arabia’s assessment of international relations is based on the definition of its narrow state objectives that is undermining its long-term interests and internal stability.

To understand the phenomena facing the Saudi ruling class today, an analogy of Egypt’s trajectory from being a leader of the Arab world during the 1950s and 60s to a state in perpetual crisis mode can be useful. Following the 1973 Arab-Israeli war and Camp David Accords that brought peace between Israel and Egypt, the latter began to focus more on its internal affairs. As a result, Cairo gave up its long-pursued call for pan-Arabism and gradually withdrew its support for Palestinians. Over time, Egypt began to see its downward spiral, and in absence of any ideological coherence between state and people, it turned into a battleground for people and the authoritarian military regime finally blowing up in the 2011 uprising. The same can be applied to Saudi Arabia, as it is focusing more on its internal problems that range from economic difficulties to allowing women to drive while witnessing a decline of its influence abroad and drifting more towards the US and Israel.

State’s legitimacy solely dependent on economic aspects is delusional and short lived. For a promising legitimacy, states have to constantly devise means of what French Philosopher Louis Althusser called “interpellation”[6]; a concept regarding the use of ideology to secure legitimacy. Unlike Turkey, Saudi Arabia is in a state of infirm. Saudi Arabia wants to promote Islam in the world, but its policies get it closer to America and Israel. It wants to defend the Arab states but fails to win over Iran in Iraq, Yemen, Syria, and Lebanon. It wants to lead the Arab world but fails to win over the Qatar-Turkey-Muslim Brotherhood alliance. Saudis can learn the lesson of “interpellation” from Turks where the rule’s source of legitimacy lies in its foreign policies that feed people’s need for gratification and suits their deep-rooted ideologies.

Joe Hammoura is a specialist in Middle Eastern and Turkish affairs and is currently pursuing his Ph.D. in International Relations at Kocaeli University in Turkey. He holds a Masters in International Relations with Honors from the Holy Spirit University of Kaslik – Lebanon (2015), and a BA in Political and Administrative Sciences from the Lebanese University (2008). His work focuses on the internal Turkish policies, foreign affairs and its direct and indirect implications on the Middle East. He is a fellow researcher in Turkish Affairs in the Middle East Institute for Research and Strategic Studies (MEIRSS) based in Lebanon. Additionally he writes in different magazines, newspapers and websites about Middle Eastern affairs. 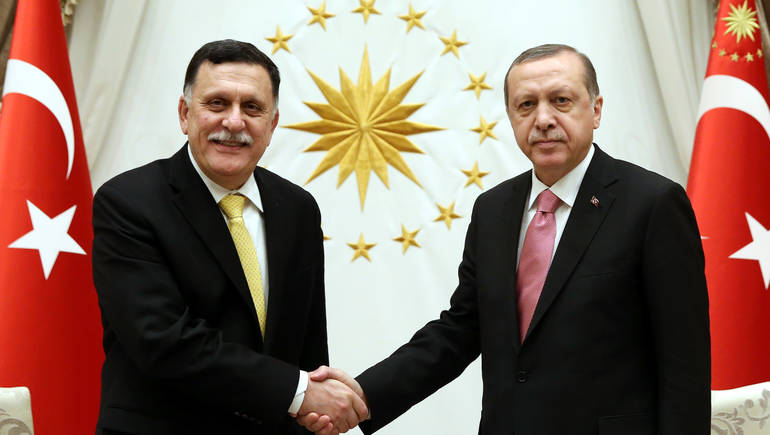 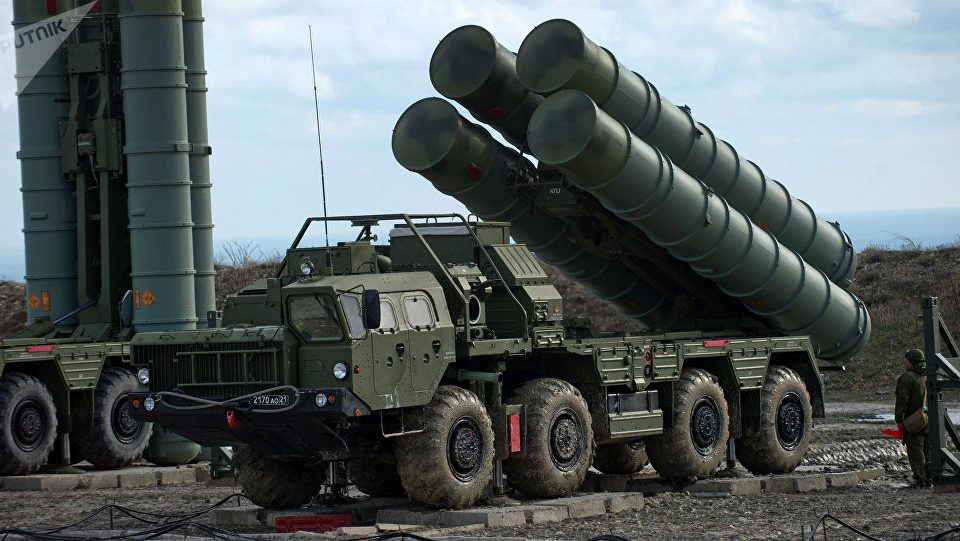 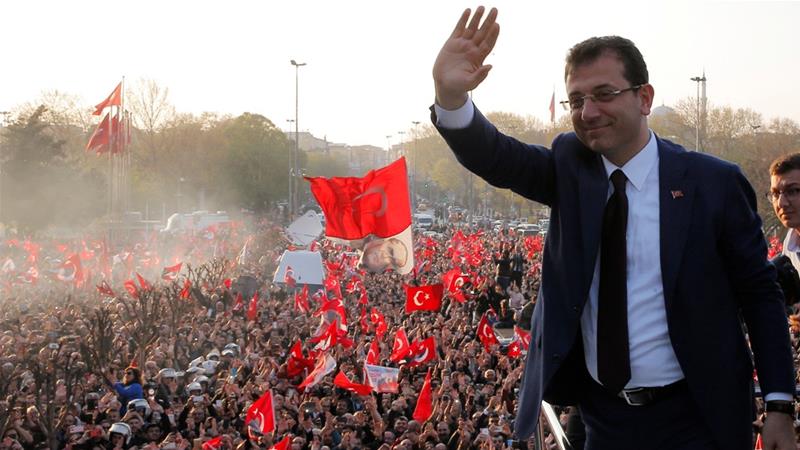