Stability in the Midst of Chaos: Jordan’s Evolving Refugee Policies, 2012-2016

Surprising results from Iraq’s May 12 parliamentary elections, in which a coalition backed by Shia cleric Moqtada al-Sadr came in first place, will rearrange expectations regarding the formation of the next government. In most of the statistics and analysis, incumbent Prime Minister Haider al-Abadi was expected to come out first. However, this was not achieved due to a poor result in Baghdad, and a decline in the participation of the Iraqi citizens on the elections day.

According to the final and official results[3], Sadr-backed Sairun coalition got a number of 54 seats all over Iraq with a big improvement from the last elections in 2014. It is important to note that Sairun coalition included liberal candidates in addition to the communist party of Iraq. However, Sairun coalition would not be able to form the government alone since they need a majority of 165 deputies. On the political level, there are several reasons to understand Sadr’s victory in the elections. The distrust in the ruling politicians (mainly Da’wa party leaders) has led the Iraqi people to be hesitant to cast their ballots in the 2018 elections leading to a low turnout. While Abadi’s “victory coalition” was negatively affected by this factor, Sadr’s movement had the capacity to better mobilize his voters.[4] Moreover, Sadr benefited from his alliance with the communist party and other liberal factions to increase his coalition’s number of seats mainly in Baghdad[5]. In analyzing Sadr’s political messaging, his nationalist speech in the rejection of foreign interventions (indicating both US and Iran) in addition to anti-corruption rhetoric and demonstrations assisted him to maintain his popular base. Back in history, Sadr’s support derived mainly from his father’s legacy, Grand Aya­tollah Mo­hammed Sadiq Sadr ass­assinated with two of his sons, by Saddam Hussein’s security forces in 1999. Since, the Shiite leader deployed his father’s network to provide assistance for the residents of Baghdad’s impoverished quarters.[6]

The Iranian supported coalition made a very big improvement from the 2014 parliamentary elections. The coalition of different Shiite groups that played a significant role in liberating Iraq from ISIS got a total of 47 seats in the parliament. The Fateh coalition (PMF-Iran affiliated groups) benefited from the financial allocations provided by the Iraqi government especially after their legitimization as part of the state-security institutions. Moreover, by adding the continuous Iranian financial support, the various military-political forces in the PMF used these financial distributions to carry out some development projects in various regions even in the predominantly Sunni, Christian, and Turkmen areas. Furthermore, these factions were significantly able to infiltrate the Iraqi governmental institutions to build a parallel state. All these factors may have influenced the voters’ decision in the Iraqi elections, but an essential factor for Fateh’s improvement was their main role in liberating many Iraqi provinces from ISIS control while protecting other regions (mainly Shiites) from ISIS invasion. The sacrifices of the PMF fighters in the battlefields have enhanced their popular support mainly in the Shiite southern provinces.

Abadi’s insistence on a political speech that target the different sectarian groups in Iraq and his support to “victory lists” that includes a coalition of candidates from all sectarian spectrum didn’t ensure  the incumbent Prime Minister a victory. Although the victory coalition was expected to be among the two top lists, Abadi obtained a total number of 42 seats all over Iraq. In discussing the results of various provinces in Iraq, it is important to note that Abadi’s list was able to get the biggest number of seats in Nineveh province (7 out of 31) where a majority of Sunnis and other minority groups reside in this region. The Prime Minister’s efforts in liberating these regions from ISIS adding his non-sectarian policies facilitated Abadi to safeguard the biggest number of seats in Ninevah and a number of seats in the Sunni majority Anbar province (2 out of 15). However, Abadi’s poor performance was in Baghdad due to the low turnover adding to the residents’ accumulated frustrations with failing government services.

The formation of the Iraqi government will be an important indicator for the future of the country in the following years. Sadr does not seem eager to ally himself with Fateh and/or Maliki to form a coalition government including the different Iraqi parties. But rather, it seems he is seeking to build a broad alliance that includes Abadi, Hakim and Barzani based on non-sectarian and reform agenda. Abadi hinted at his support for Sadr’s idea by an article published by himself in the Washington Post.[7] A second choice strongly initiated and supported by Sadr will be a government of “technocrats”, but based on previous experiences in Iraq, this form of government may be difficult to get the confidence of parliament. Even if such a government is in place, it will not be able to do much because of the different divisions and polarizations. Although Sadr will be a vital player post-elections, it is also important not to overstate Sadr’s electoral results and his future role. Historically, the Shiite leader has not succeeded in sustaining any of his previously established political or military structures. Several figures previously associated with him have left to join other groups such as the Popular Mobilization Forces. Furthermore, many events proved his weak political experience and the absence of a permanent regional backup similar to other Iraqi parties. Therefore, it is not very realistic to consider Sadr as a serious and strategic challenger of the Iranian influence in Iraq and as a leader capable of changing the current political reality in Iraq. On the other hand, Fateh alliance, with the help of Qassem Soleimani, are trying to form a broad alliance that includes former Prime Minister Nouri El Maliki and the Patriotic Union of Kurdistan (PUK). It is somehow very difficult for this alliance to obtain a parliamentary majority unless it secures Abadi’s return to the premiership.

Saudi Arabia is likely to continue its positive relationship with Sadr, especially after its decreasing influence on the Sunni’s political groups and actors in Iraq. On the other hand, Sadr’s electoral victory does not mean an Iranian defeat in Iraq. Iran was able to build a wide political, military and economic network in the various sects and ethnicities on one hand in addition to playing on the political contradictions within the Shiite arena. However, a major international development may influence the near future of Iraq. US withdrawal from the “Joint Comprehensive Plan of Action” and the increasing tensions between Trump’s administration and Tehran may slow-down the formation of the Iraqi government. Iraq could be the Arena of a proxy confrontation between the US and Iran.

Ramy Jabbour developed an early interest in politics and international relations. He joined Notre Dame University- Louaize in 2010 where he received a degree in International Affairs and Diplomacy with several distinctions and currently pursuing a Master’s degree in Political Science. He has previously worked as an assistant consultant at Macarlea advisory group: a communication and risk consultancy and a project officer at Statistics Lebanon. He is currently the Head of Office of the Minister of State for Administrative Reform and a researcher at the Middle East Institute for Research and Strategic Studies. His research focuses on Saudi Arabia, Yemen, and Gulf politics. 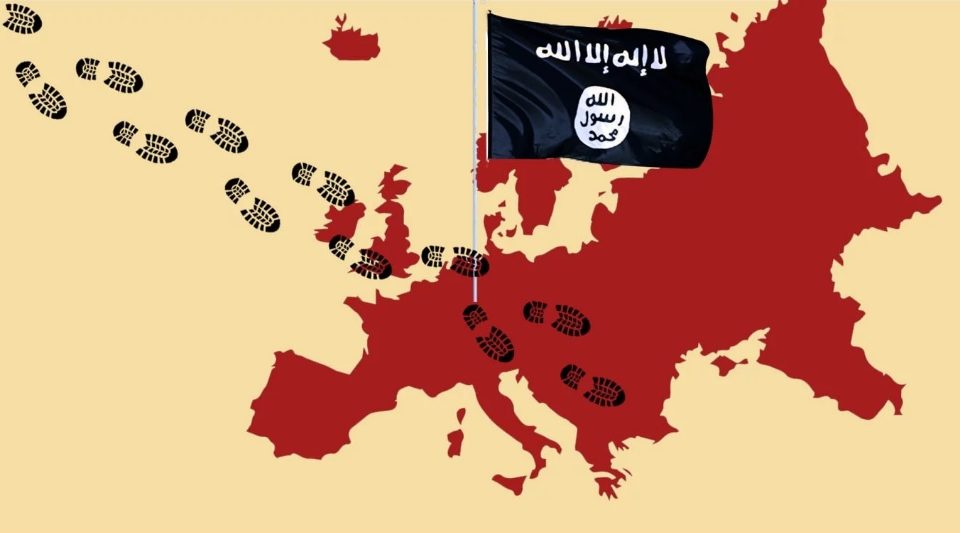 The Dilemma of the Return of ISIS Foreign Fighters

Adapt and Overcome: Hezbollah and PMF’s Response to U.S Sanctions

Read more
This template supports the sidebar's widgets. Add one or use Full Width layout.